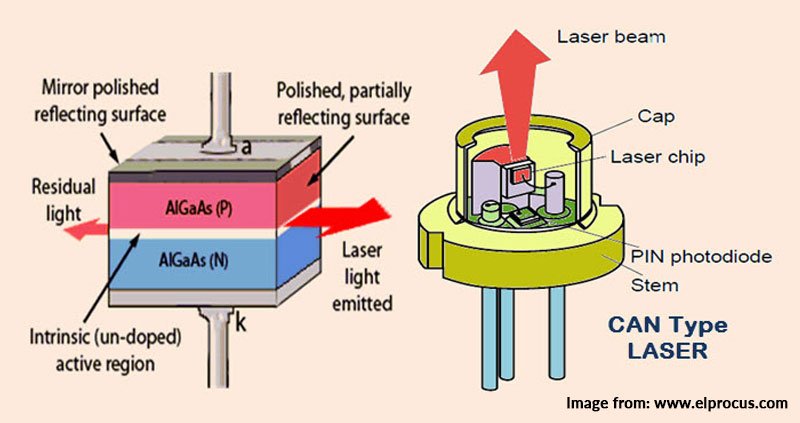 One of the most important parts of your Computer-to-Plate (CTP) platesetter is your laser diode. This is a semiconductor device similar to a Light-Emitting Diode (LED), in which the laser beam is created at the diode’s junction, and is the most common type of laser produced. However, like most mechanical parts, laser diodes have the same reliability and failure issues as LEDs. Laser diodes are also prone to Catastrophic Optical Damage (COD) when operated at higher power, or from major power surges.

At Platesetters.com, we often get asked about the average lifespan of a laser diode.

Unfortunately, there is not a good answer to this question. In general, laser diodes don’t have a standard lifespan. They can potentially run forever. That said, the physics behind laser diodes is complicated and most of it is proprietary. However, research about causes of failure and ways to extend their lifetime is an industry concern as stakeholders realize it is a critical factor to CTPs continued adoption for a growing number of applications.

Factors that most often kill laser diodes prematurely, include manufacturing flaws and power fluctuations. Plate type changes, dirty optics and humidity can all also contribute to their demise. And naturally, things degrade over time.

The very nature of laser diodes makes them susceptible to damage. Many operate at high speeds — often in excess of 1GHz — but they are low voltage devices, approximately two volts. The combination leaves them susceptible to surges, which can lead to rapid failure. In other words, if the current is raised to increase the output optical power, a point is reached where the output power suddenly falls away and causes irreversible, or COD.

According to an article by Radio-Electronics.com, the laser diode life as the time when it rises to a given value to attain the same light value that causes the light emission characteristics to change. One aspect of this is that it takes more current to produce the same level of light. In many circumstances, this has been defined this as 1.2 times the initial value. This value may limit on any automatic power control circuitry in the equipment.

Laser diodes are also temperature sensitive when considering overall lifetime. An article by Photonoics explains that a laser diode operating at 10 °C higher than rated will half the life of the diode and will actually stop functioning at 100°C.

Like most mechanical equipment, routine maintenance helps extend the longevity of laser diodes.

Platesetters.com services laser diodes — again, the most important part of your CTP to keep it running smoothly and efficiently. Factory-trained certified technicians meet Platesetters.com stringent standards for quality and reliability, have helped the company earn and maintain its global reputation as the most dependable source for reconditioned prepress equipment, parts and service, and are known are offering remote and on-site repair, as well as end-of-life product support and same day service. Plus, Platesetters.com stand behind its products — including parts — by offering one of the industry’s best warranties.

Platesetters is one of top international and domestic suppliers for quality prepress service, parts, lasers and equipment for other popular CTP brands.

Learn more about our Laser Head servicing options and packages >

Platesetters has earned a global reputation as the “most dependable source for reconditioned prepress equipment, parts and service by offering one of the industry’s best warranties.”


Translate »
We use cookies to ensure that we give you the best experience on our website. If you continue to use this site we will assume that you are happy with it.Ok